When a show leaves you wondering if a wedding, an orgasm and pain happened on stage, the artist is really up to something memorable. This was the case of San Cha‘s recent album release at the Echoplex, Los Angeles. Her new album, titled in Spanish, ‘La Luz de La Esperanza’ translates to “The Light of Hope.” It was an intimate gathering filled with pure talent.

San Cha, doesn’t just come out and sing; she delivers a full-on performance. At the Echo, San Cha brought out her tribe of radiant friends dressed in their sparkliest glam to celebrate the occasion. Traditional Boleros were sung by San Cha’s posse, warming up the eager crowd for the main dish.

Although San Cha’s new music has most titles in Spanish, the album has a nice amount of songs in both Spanish and English for the bilingual lovers. The tracks hit the extreme lover and the broken-hearted one. When San Cha sings you feel heartache and pleasure. Her powerful moans and sobs throughout her performance at The Echo reached all kinds of intensity and left you craving more.

San Cha’s extravagant purple gown and flowers galore was not the only outstanding part of the show; the chemistry with her bandmates and the use of vocals brought her unique style to life.

Inland Empire band Yanga, lit up the night with their Afro-Colombian sounds getting the crowd dancing from the jump. Joined by Colombian percussion maestro, Eduardo Martinez, the band turned up the heat into a tropical vibe. 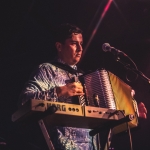 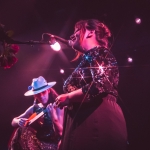 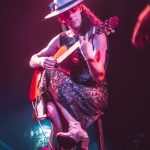 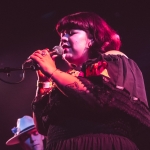 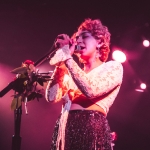 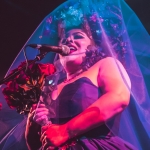 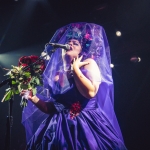 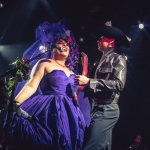 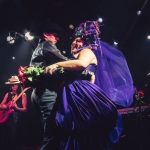 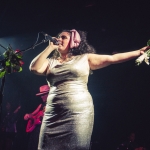 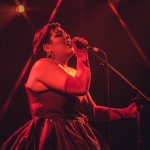 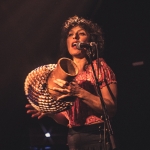 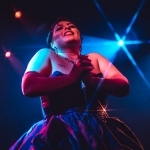 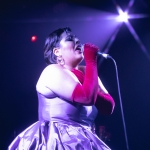 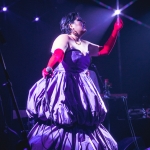 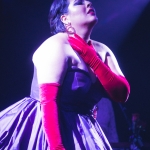 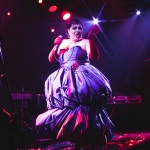 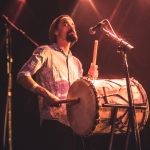 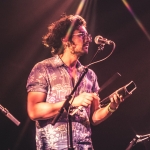 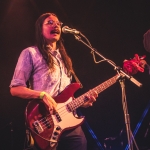